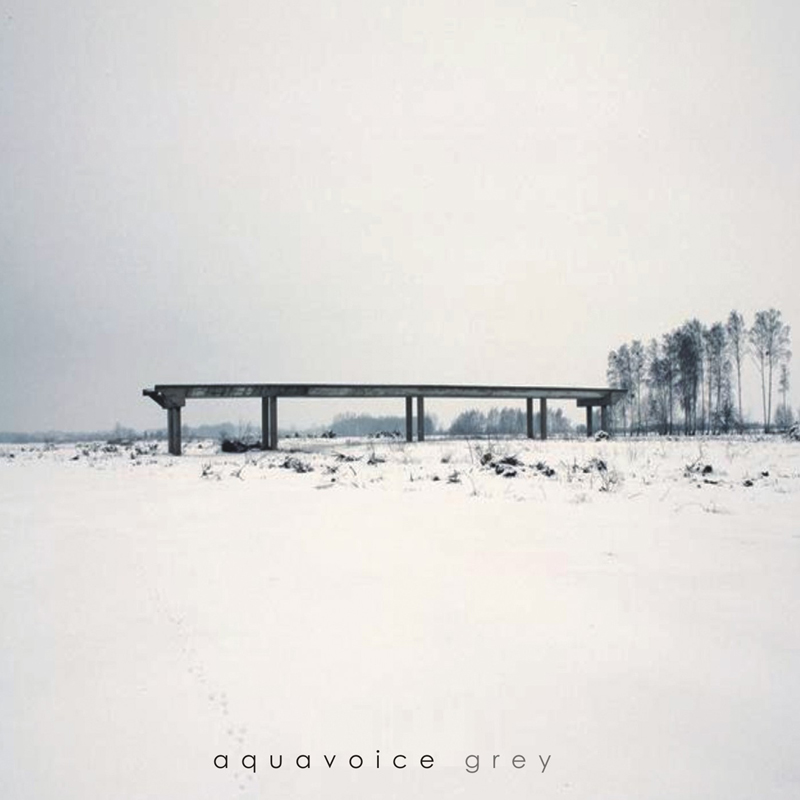 Vital Weekly:
Life from other space is still a massive source of musical inspiration, perhaps because we have no clue about it. Here we have Polish musician Tadeusz Luczejko, who calls himself Aquavoice, and his microphone is up in the sky, with the opening piece ‘S.E.T.I. Project’. The search for extraterrestrial life goes on, and hopefully I will not be accused of laziness when I compare this music with that of Andrew Lagowski, who sometimes works as S.E.T.I., but let’s not forget SETI either, who released an album on Instinct Ambient in 1995. There are similarities in the use of the name, but also in musical approach. Lots of analogue synthesizer sounds, which are set to ‘long sustain’, and ‘heavenly atmosphere’ – both of them near the push button that says ‘cosmic settings’ – and we have a lift-off. Aquavoice takes us up for trip to ‘Terra Incognita’, to the ‘Invisible World’ and we see the ‘Child Of The Moon’ and an ‘Air Sanctuary’. Holding court on earth are the sadly passed away Pete Namlook and Biosphere to see if the controls are set for the sun, and they are. Auqavoice plays text book ambient music and there is nothing wrong with that. There isn’t a single moment where one could think that Aquavoice does something you haven’t encountered before – especially on those mid 90s ambient/house waves – but he does it with great care for sonic detail and these ten pieces are a delight to hear. What more could you want? Every era needs it’s own chill out music.

Freq:
Tadeusz Łuczejko‘s eighth album as Aquavoice finds him stepping out beyond the more abstract and/or ambient territory hitherto occupied by his particular take on electronica. While all the elements are synthesised – in software or with physical devices – there is much on this album which resonates with the warmth of acoustic instrumentation.
This is particularly evident on “Magma,” whose cellos and other strings, however artificial, tremble and thrum alongside a languorously unfolding breakbeat whose particular cyclic motion has an affinity with the sort of ambiences Coil were producing on their Musick To Play In The Dark albums. Like the latter group, there is a sinister darkness apparent on many of the tracks here, and such vocals as there are hiss, murmur or come from samples and take on an abstract, almost deracinated dimension, telling what stories they have to tell from the depths of mystery rather than in an immediately comprehensible form, dropping into the music like fragments of a radio play passing across the airwaves and picked up via poorly-shielded cabling..
Equally, some of the synthesizer work here – for example on “Child of the Moon” – glows and bubbles with a brief, rippling joy which would maybe even make Thighpaulsandra smile; but here and for the most part throughout the album, one of Aquavoice’s strengths is to deploy instruments and sounds sparingly, never letting them outstay their necessity or welcome. Moods ebb softly or more abrasively, rarely jarring and always unfolding at their own pace and to match their own needs. While Grey could easily be left to track in the background, it is most definitely worthy of detailed attention and then admiration. Frequently some particular tone or composition will seize the listener’s attention (“Glassgames” is a particularly good example of this effect) and hold it, perhaps with the repeating thematic layers of trickling watery sounds, chiming loops and scurrying rhythmic injections which Łuczejko returns to on several occasions.  For instance, when “Radiowaves” trundles in on a triphop chassis and major chordal melodies rise up on an almost effulgent approach towards blissout land, it’s easy at first to pop the sounds into the Portishead pigeonhole – but soon it becomes apparent that there’s much more in common with the murkier beauty of the likes of Australia’s own darkling electronicists Pelican Daughters, who similarly shifted from darkness to light and back again, often within the same song. Aquavoice have also got the knack of letting the avantgarde elements break through as much as those drawn from minimalist practices both old and new.
It’s this ability to paint with both a broad brush and to fill in the nooks and crannies with finely-judged details which marks out Grey for special commendation as an album which rewards repeated close attention thanks to the depth and breath of its composition.

ChainDLK:
Even if this is the eighth album of this project, this is the first release I’ve heard about. According to the press notes this album is “a bit more experimental than simply ambient or Berlin school” but, in facts, this release, rather than an ambient album, is a kaleidoscope where converge at least three major influences: dark ambient soundscapes, trip hop rhythms and a bit of new age influences.
“S.E.T.I. Project” opens this release with a radio transmission, a noisy loop and small noises while “Magma” instead is a form of industrial trip-hop. “Child Of The Moon” starts with a sharp noise until the soundscape gradually emerges. “Terra Incognita” is a gentle interlude to the longest track of this album “Radiowaves” that return to the hypnotic beats in the first part while the second relies on an oriental mood. With “Glassgames” and “Invisible World” there’s a sort of chill-out time while “Air Sanctuary” and “Liquid Plejades” return to dark ambient territories. An unreferenced hidden track closes this release with an oriental and meditative loop gently colored by small noises.
This is a release where sharp experimentalism and quiet soundscapes converge in a listening without boring moments. A remarkable release.

Brutal Resonance:
Oh, how the 70s were kind to the human race. I may be lying with that statement as I was born nowhere near then, and I also haven’t really researched history pertaining to that era recently, but I can tell you one thing: it was the start of Aquavoice. Or at least a start of Tadeusz ?uczejko’s musical career. The Polish born man created a group with a few friends that created works in the electronic field. After a while, in 1999, he formed Aquavoice with a friend, creating a duo. In 2001, the duo become a solo act, and even went on to win an award from a local radio show.
With his love for music, he even started an annual music festival in Poland, called AMBIENT, and has released eight albums since. Grey just so happens to be the eighth album, a 2013 release that was nabbed by the experimental Polish label, Zoharum Records. I’ve had a few albums that I really enjoyed by the album come my way, and others not so much. But, it was rewarding to find out that this album came out with great harmony to my ears.
S.E.T.I. Project started off the album, and includes with it the standard ambient sounds you would expect to be in an ambient song. A main synth line playing throughout the entire song, with little sound creeping in and out here and there, as well as a few samples. While it is generic for its field, it came out very well; it took the basics and proved them to be fantastic.
Magma continued on with the ambient sound, but also included in some somber sounding violin sounds. There was a steady beat that kept things interesting; the sound is something that I cannot compare to anything I’ve heard, but it was a good song.
Child Of The Moon comes in next, this time bringing in a slow building sinister sound until we’re hit with some demonic vocals. It was a pleasure to listen to this tormented voice. Towards the later half of the song we’re given some electronics that spice up the song a bit and make it that much more interesting.
And whereas the other songs on the album so far have included a lot of creepy elements, Terra Incognita brought forth a more peaceful and relaxing sound with some chimes here and there that worked wonders. While listening to the song, my mind raced to a small cottage in the middle of nowhere, where a forest lay with bugs of a non-harmful nature lurked. But, perhaps I was being too imaginative.
Radiowaves gave you just that in the beginning before moving on into an ambient/electronic experimental mix. It was more catchy than some of the other songs, but with each passing minute, the song changed. The electronics really faded at the four and a half minute mark, and then went straight back into ambient sounds. We’re given a female talking for a moment, before more samples kick in. And then the violin makes a comeback in this song. And, God, do I love that violin.
Glassgames is the first song on the album that I came across and did not like. The beeps in the song didn’t really do my ears any favor, and seeing as how I currently have earphones in, the sounds became unbearable after a while.
The album swiftly came back around from that mess with Invisible World, employing uses of water effects to make for another nature-like piece. It was magnificent. I think both my body and mind relaxed at the sound of this song.
Air Sanctuary came around, and showed off a more spiritual like track. With the whispers of what sounds like a cult in worship, the sounds of wind breezing, it was a wonder to behold. Wind chimes even make an appearance, and choral effects brush in from the left speaker to the right. This song right after the previous made me melt as I lay typing.
With some lethargy sweeping over me, I flickered myself awake and moved onto Cold Water. As suggested, more water effect played out, and soon enough it sounded as if I was in a cavern aside from the few beeps that came into the song. Those effect actually took away from the experience of the track and kind of ruined it for me.
With Liquid Plejades coming in last on the album’s list, it wasn’t the best. Sure, it had elements that were spread within all the other songs, but it didn’t come over as well as everything else.
Now, this album has a lot of great songs on it, and one I didn’t like. But this is one of those cases where the good triumphs over the evil. Whether there were sounds that sent chills up my spine, or peaceful melodies causing me to sink further into my couch, it was a pleasure to go through this album. I recommend it.

Gangleri:
This is a very cool album! “Grey” opens with some pretty dark ambient and immediately goes over into something rhythmical (no, no ‘trance ambient’) and gradually grows into a weird sound collage (with ‘trance ambient’ elements), not as minimalistic as Zenial but “musique concrete” also applies to parts of this album.
I had never heard of Aquavoice, but there have been three previous releases in the past decade. My first encounter is a positive surprise for sure. The album goes from dark to atmospheric and from minimalistic soundscapes to trance ambient, it is all well executed and sounds interesting.