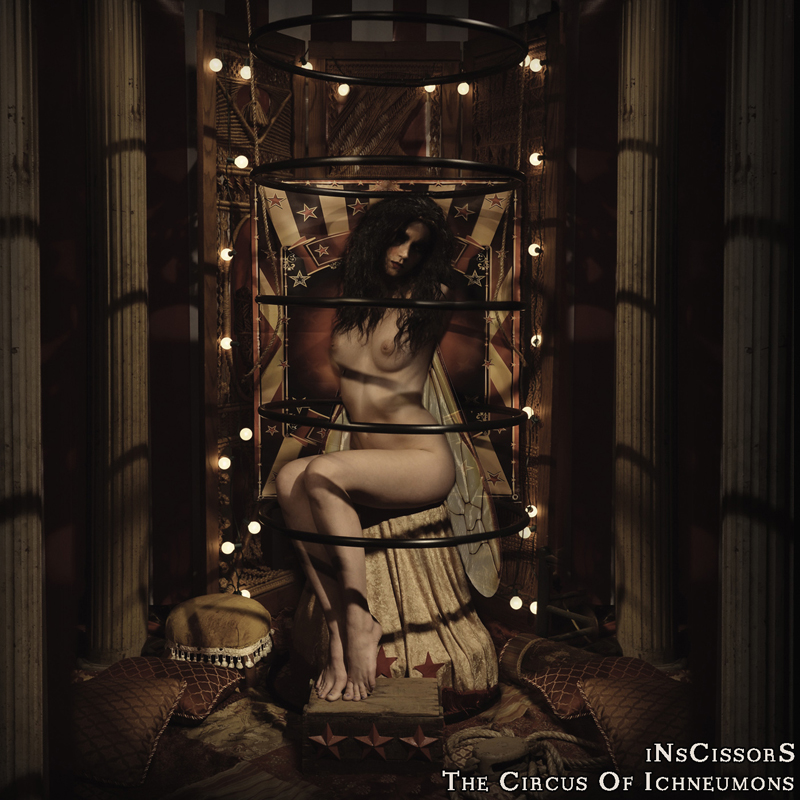 The Circus Of Ichneumons

ChainDLK:
This new release from this band is a concept album about ‘the life cycle of Ichneumons’ described, according to the linear notes, as a way to ‘satirize the pestilence of man over nature and its similarities with the parasitic insect’. The most remarkable quality of this release lies in his compactness in the musical development that makes this album sounds as a long unique track.
The piano line of ‘Prelude (‘¦To Incubation)’ introduces the lister as in a classic silent movie while the album is developed, as a theatre play, in five act and three interludes. While the tracks more distant to the others like ‘Î¥ÎÎ¡ÎÎ£ (Hubris)’, in italian, catch the first attentions, the musical lines that forms the album, that is almost instrumental, divided in almost gothic one as the synthesized string, often in pizzicato, and more ambient oriented ones based on quiet drones forms an almost narrative form that reminds the OST of a fantasy movie. The quality of the musical writing is constant until the initial piano notes returns varied upon a sad string line to end this release with ”¦ ?’.
In times where the music consumption is based upon the model of download, click and delete of a single song a concept album of about 70 minutes without any yielding upon a pop tune or the search of a single reminds of greater times. An essential release.

The Circus Of Ichneumons

Mnemosyne & The Structure Of Time